When the homeowners, business owners, and property managers of Nassau County need roof cleaning services, there’s only one company they call: The Clean Team. As a leading Inwood, NY roof cleaning company, we have the knowledge and experience that you can count on to restore the appearance and maintain the structural integrity of your roof. Our team of professionally trained, fully licensed and insured technicians uses the highest quality equipment, state-of-the-art tools and technologies, and proven techniques and strategies to deliver exceptional results. Whether your roof is stained or you need roof moss removal services, when the team at The Clean Team is on the job, you can feel confident knowing that your roof will be in the very best of care.

The Importance of Roof Moss Removal Services for Your Inwood, NY Home 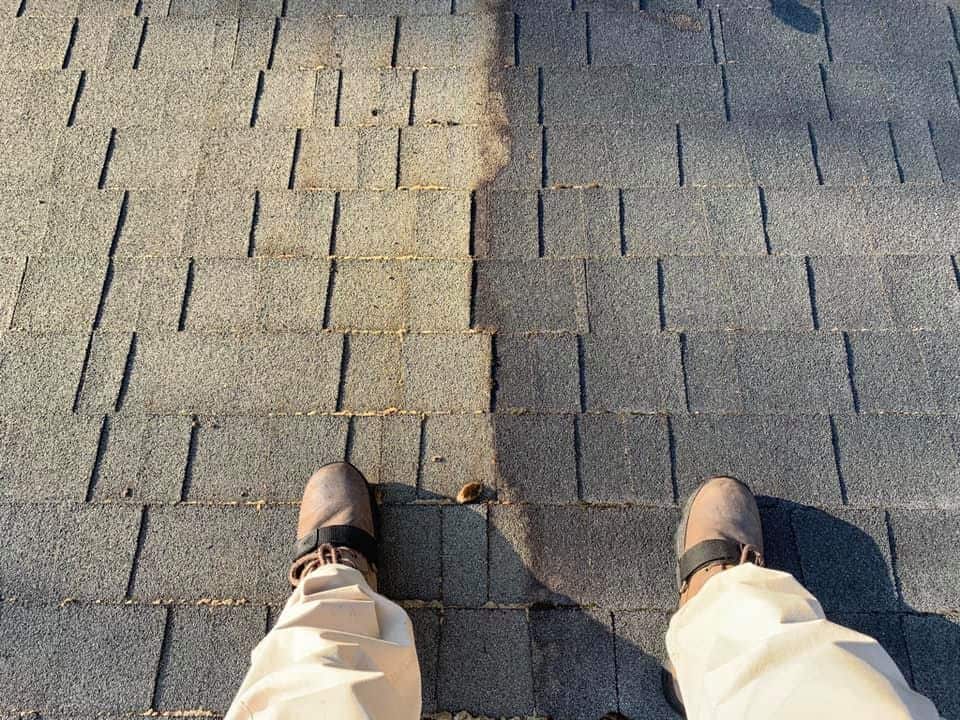 With so many potential issues, it’s easy to see why roof moss removal is important. By hiring a Inwood, NY roof cleaning company that specializes in moss removal, you can reduce the risk of all of the above-mentioned problems; damaged and missing shingles, rot, moisture damage, pest infestations, and reduced curb appeal. Of course, because these risks will be minimized, roof moss removal services can also help you avoid extensive and costly repairs.

In order to protect Nassau County home – and your pocket – from the damages that roof moss growth can cause – as soon as you spot it, schedule an appointment with a Inwood, NY roof cleaning professional. The sooner you act, the less damage will be caused, and the fewer issues you’ll have to deal with.

In order to avoid the risks that are associated with moss growth, as soon as you notice even the smallest amount on your Nassau County roof, get in touch with The Clean Team. As a leading Inwood, NY roof cleaning company, we specialize in moss removal. We’ll thoroughly remove all remnants of the plant, reducing the risk of future issues. We can perform regular maintenance, too, further minimizing the risk of future mold growth. To learn more about our roof moss removal services or to request a free price quote, give us a call at 631-202-7303. Our team of professionals are standing by and are ready to assist you with all of your roof cleaning needs.

Some information about Inwood, NY

Inwood is a hamlet and census-designated place (CDP) in Nassau County, on Long Island, in New York, United States. The population was 9,792 at the 2010 census. It is considered part of Long Island’s Five Towns area and is located within the Town of Hempstead.

Inwood was first settled in 1600s. Like many other nearby communities, the area was known as Near Rockaway. A meeting was held by the Town of Hempstead on January 16, 1663, and during that meeting, the name of what is now Inwood was changed to North West Point (also spelled as Northwest Point), named after its geographic position in relation to the more central part of Far Rockaway, which it was then part of. It became the first area which was once known as Near Rockaway to be given its own name. Its original settlers were Jamaica Bay fishermen, generally lawless and troublesome to other Rockaway residents. Soon after the American Civil War, the area in 1871 became known as Westville. The Westville designation was used until residents petitioned for the United States Postal Service to establish a post office in the community. The post office refused as a Westville already existed upstate. This led locals to change the community’s name to Inwood in December 1888. This name received the most votes; the other proposed names included Bayhead, Springhaven, Radwayton, Elco, Raway, Pike’s Peak, and Custer. By changing the name, the locals were able to get a post office for Inwood, which opened on February 25, 1889.

The post office closed ca. 1920, and it was not until 1949 when a new post office would open in the community (although an unsuccessful attempt was made in 1932).

The first true road in the area, the Inwood end of Lord Avenue, was built when the neighboring village of Lawrence was developed.

Directions from Inwood, NY to The Clean Team